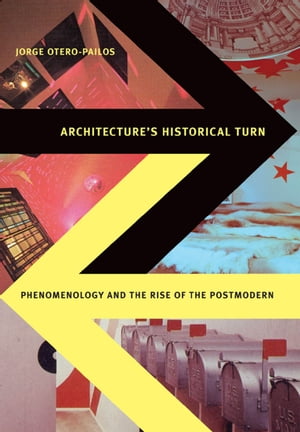 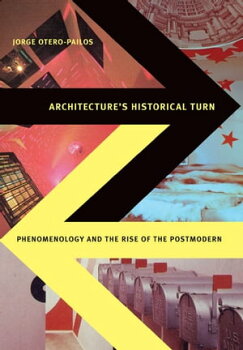 ＜DIV＞＜P＞＜EM＞Architecture’s Historical Turn＜/EM＞ traces the hidden history of architectural phenomenology, a movement that reflected a key turning point in the early phases of postmodernism and a legitimating source for those architects who first dared to confront history as an intellectual problem and not merely as a stylistic question. ＜/P＞＜P＞Jorge Otero-Pailos shows how architectural phenomenology radically transformed how architects engaged, theorized, and produced history. In the first critical intellectual account of the movement, Otero-Pailos discusses the contributions of leading members, including Jean Labatut, Charles Moore, Christian Norberg-Schulz, and Kenneth Frampton. For architects maturing after World War II, Otero-Pailos contends, architectural history was a problem rather than a given. Paradoxically, their awareness of modernism’s historicity led some of them to search for an ahistorical experiential constant that might underpin all architectural expression. They drew from phenomenology, exploring the work of Bachelard, Merleau-Ponty, Heidegger, and Ricoeur, which they translated for architectural audiences. Initially, the concept that experience could be a timeless architectural language provided a unifying intellectual basis for the stylistic pluralism that characterized postmodernism. It helped give theoryーespecially the theory of architectural historyーa new importance over practice. However, as Otero-Pailos makes clear, architectural phenomenologists could not accept the idea of theory as an end in itself. In the mid-1980s they were caught in the contradictory and untenable position of having to formulate their own demotion of theory. ＜/P＞＜P＞Otero-Pailos reveals how, ultimately, the rise of architectural phenomenology played a crucial double role in the rise of postmodernism, creating the antimodern specter of a historical consciousness and offering the modern notion of essential experience as the means to defeat it.＜/P＞＜/DIV＞画面が切り替わりますので、しばらくお待ち下さい。